I have a little confession to make. Back in August, when our St. James's staff posted a video of themselves undertaking the ALS Ice Bucket Challenge, I was not one of those parishioners who responded with grateful enthusiasm. I responded, instead, with a (slightly cranky) email to the rector asking if a donation to an organization supporting those with amyotrophic lateral sclerosis (ALS, or "Lou Gehrig's disease") had accompanied the icy fun. As both an experienced nonprofit fundraiser and someone affected by a genetic disorder, I'm not a huge fan of "awareness" for its own sake, if it's not backed up by cash.

The rector assured me that a donation was part of the plan, which made me feel better. But I still wasn't convinced that this whole Ice Bucket Challenge was really the wondrous thing that many thought it was.

First, it was illogical; as originally articulated by the ALS Association (ALSA), the idea was that someone would challenge you to pour ice water over your head, and if you didn't want to do that, you could give a donation to ALSA instead. Clearly, given the huge monetary success of the campaign (more than $100 million in donations), many people both poured ice water over their heads and donated money. But the lack of both logic and clarity (most people who posted videos of themselves pouring ice water over their heads didn't clarify their intent, and sometimes didn't even mention ALS) drove me a little batty.

Second, while the challenge's peer-pressure angle (everyone who did it asked three more people to do it too) ensured its success, it also troubled me. Partly, I didn't like the idea that people were essentially telling other people where to donate their money. None of us can support every cause, and this initiative veered a bit too far from an invitation to a mandate to give to a particular cause. Of course, people could choose not to participate. They could even do what ALSA articulated in the first place, and pour ice water over their heads as a substitute for donating. But as I found out when I voiced some of my concerns on Facebook, anyone who wasn't 100 percent on board with the Ice Bucket Challenge would be accused of all sorts of nefarious motives. One friend essentially told me that my negativity is what's wrong with the world, challenging me to find some other way to support those with ALS if I didn't want to do the challenge (because, you know, I never do anything on behalf of people with disabilities ever). One's willingness to participate, or not, became an instant assessment of one's basic goodness. That kind of peer pressure isn't so fruitful. Or kind. 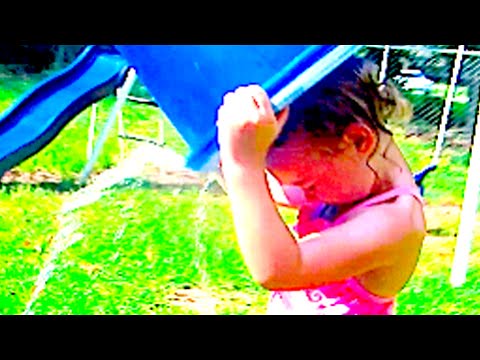 Third, the initiative's success was accidental; a number of charities, including the ALS, have publicized these types of challenges for a long time. This viral outpouring (ha) of support came about largely by a lucky accident of timing: Matt Lauer undertook the challenge on the Today Show, but not specifically for ALS (rather, he responded to a challenge inviting a donation to the charity of your choice). He then challenged Martha Stewart, while at the same time, some sports figures challenged one another, and the celebrity piece of this phenomenon slid into place. Meanwhile, a Boston-area family heavily involved in fundraising projects started an Ice Bucket Challenge to honor a family member affected by ALS. Add to that the fact that it was summer (when ice water is appealing and parents are looking for easy and fun things to do with kids), and the self-perpetuating nature of the challenge, and bam...the challenge went viral.

That the Ice Bucket Challenge was an accidental success is wonderful for the ALS Association. But it has, predictably, spawned a thousand copy cats (including one from the organization that supports people with my genetic bone disorder). That's fine, except that most likely, none of these initiatives will ever reach anywhere near the viral success of the 2014 ALS Ice Bucket Challenge. I'm betting that a year from now, we'll all be getting a wee bit tired of our favorite charitable organizations urging us to do silly things on camera to accompany our donations. (Though we could have fun coming up with something to support St. James's: Pour wine over your head! Wear your choir robes to school or work for a day! Play Simon Says with commands like, "Simon says kneel!" "Simon says stand!" "Simon says turn to Hymn 376!" "Reverence the altar!" "Ha! I didn't say Simon Says!") In the five years I've been blogging, I've had one viral blog post. And I can assure you it didn't go viral because it was the most brilliant thing I've ever written. It went viral due to accidental good timing. Luck is the primary factor behind any viral social media phenomenon, including the Ice Bucket Challenge. And that makes replication difficult.

I promise this is getting to an actual point. Two points, actually. The first is that we learn to be nicer human beings by being in relationship with other human beings—and allowing ourselves to be changed in those relationships. My friend Pam, whose dad died of ALS, told me that the challenge helped her son, who is otherwise oblivious to lots of stuff, understand what exactly had happened to his granddad for the first time. For her—and I know for many other families affected by ALS—seeing people rally around a cause they cared about, around people they cared about, was a tremendous morale boost. I still don't love the Ice Bucket Challenge, but I love Pam and her family, and because of what she told me, I stopped posting articles questioning the challenge (well, until today I guess) and just decided to go with it.

Second, I read a blog post by Kate Ott on the Gathering Voices blog (sponsored by TheThoughtfulChristian.com) that named all the positives of the Ice Bucket Challenge but brought up one point I hadn't seen anywhere else. Ott wrote,

A major issue that seems lost in the debate has been how we as a society choose to fund research to fight chronic and fatal diseases. Right now, similar to a broken healthcare system, medical research is decentralized, often competitive, and subject to the whims of philanthropic interests. This systemic problem leaves patients and their families with the burden of raising awareness, creating foundations, and persuading drug companies, doctors, and scientists to commit to research for their particular disease. The problem is not limited to ALS. We need to ask questions like: What research should be funded and how do we prioritize initiatives? Who or what group should be responsible for funding? How do we monitor the use of these resources? We need to generate a movement for medical research systems that are guided by and in service of the common good. Otherwise, we end up responding one bucket, even one million buckets at a time, without ever moving the rock.

In other words, as successful as the challenge was, it's a short-term boon rather than a long-term solution to the great need for health care and health research funding, particularly for those living with disorders that are not well-known or understood. The deeper questions of how we fund care, support, and research for people living with serious disorders, not to mention the questions around providing affordable basic health care for everyone, are not answered by even the most successful, feel-good, flash-in-the-pan fundraising efforts. This problem isn't merely due to fragmented systems for providing health care and funding research. This problem is due to our very human tendency to prefer short-term fixes over long-term ones.

We see this tendency not merely in our lives but in our scriptures. Peter and the other disciples were forever wanting to build shelters for Jesus and his apparitional buddies, or figure out who would get the best seats in heaven. Meanwhile, Jesus was upturning the social order and trying to prepare them for his violent death. Paul had to continually remind the early Christians that squabbles over food and ritual hand-washing and such are far less important than the state of our souls and our relationships with God and one another. When people asked Jesus what they should do, instead of offering a list of discrete actions with clear instructions, he gave them two simple but broad commandments: Love God with all your heart, soul, and mind, and love your neighbor as yourself. I don't know about you, but for all the poetry and truth in those commandments, sometimes I wish Jesus had given us something more concrete and specific: Give exactly this much away. Vote for these kinds of sociopolitical initiatives and vote against these other kinds. Buy these things but not those things. Spend this much time praying, this much time studying, this much time with others, this much time alone. Do these jobs, but not those.

I've made my peace with the Ice Bucket Challenge. It has raised a lot of money for a great organization supporting people who need as much support as we can give them. It has bolstered the spirits of friends who know firsthand how devastating ALS can be. It gave thousands of kids something charitable and constructive to do on a summer afternoon. If the ALS Association or other nonprofits can build on this success to make lasting improvements to their fundraising capacity, I will rejoice with them. I just hope we remember that deep, lasting improvements for the world's suffering people require vision and commitment that is much more difficult, and often far more uncomfortable, than pouring ice water over one's head and writing a check. It takes more than ice water and a Facebook video to change the world. On the other hand, given how an itinerant carpenter-turned-prophet and his little band of distracted disciples changed and are still changing the world, maybe that's not a bad place to start.

The End is Near (or so I've heard)