Home > Blog > A Case for Stating the Obvious on Good Friday 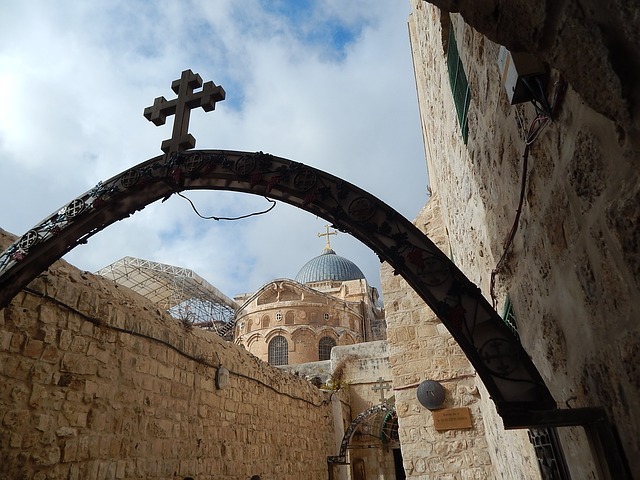 The Nostra Aetate is a statement by the Vatican declaring the obvious: that all Jews are not directly responsible for Jesus’s death. One might assume that this sort of statement is unnecessary — one of common sense, even.

Of course we would not hold our Jewish neighbor, classmate, or coworker responsible for Jesus’s death 2,000 years ago. That’s ridiculous. And yet, Pope Paul VI announced the Nostra Aetate in 1965.

To this day, I often hear comments implying that Jewish people are somehow less enlightened than Christians. These attitudes are not helped by problematic jokes such as recent examples by Daily Show host-elect Trevor Noah and Girls star Lena Dunham. When it comes to anti-Semitic speech and belief, we continue to have a need to state the obvious.

John’s Gospel might then, in essence, be a rendering of the life of Jesus combined with the motif of understanding Jewish faith in relation to belief in Jesus.

On Friday, churches all over will read the Passion from the Gospel According to John. As such, it is imperative to provide a disclaimer (of sorts), even if only to reaffirm what Pope Paul VI did 50 years ago and nip in the bud any provocations of anti-Semitism that the Passion could cause.

One point to make clear is that Jesus and his disciples were Jewish. Jesus was an observant Jewish man — he never converted to some other religion, and he did not attempt to set up his own 501(c)3 non-profit organization. Jesus was Jewish.

John Shelby Spong, in his book The Fourth Gospel: Tales of a Jewsish Mystic affirms that not only was Jesus Jewish, but the Johannine community was also Jewish and sought to expand Judaism rather than separate from it. Unfortunately for them, Judaism lost its temple and priesthood between Jesus’s death and the formulation of John’s Gospel.

With so many things up in the air, the desire to preserve tradition conflicted with the Johannine Jesus-followers’ desire to expand Judaism to include Jesus as fulfilling some aspect of their beliefs and worship.

The Johannine community was expelled from the life of the synagogue — some 58 years after Jesus’ death. As one might imagine, such a separation was painful and complicated, and it necessitated that the Johannine community discern their identity. They attempted to distinguish themselves from their Jewish neighbors, making sense of what it meant to be a more distinct entity.

John’s Gospel might then, in essence, be a rendering of the life of Jesus combined with the motif of understanding Jewish faith in relation to belief in Jesus. The situations in which Jesus handles complex questions of theology not only are attempts to explain who Jesus was, but how a Jesus-follower can think.

And as well as perhaps being historical figures, the characters with whom Jesus connects represent all of those who doubt, all of those who abandon the community, and even those who remain faithful to the developing vision.

Context matters when texts, read without cultural disclaimers, include references to ethnic and religious groups we still know today.

“The Jews” and what they do in John’s Gospel do not serve to accuse all Jewish people of immorality or misunderstanding, but to help those early Christians understand their particular conflict. While John’s Gospel is no mere allegory for the Johannine situation, there are allegorical qualities to John’s unique storytelling.

Context matters in all scriptural analysis, and perhaps especially so in a season when many darken church doors they haven’t seen since Christmas Eve. Context matters when texts, read without cultural disclaimers, include references to ethnic and religious groups we still know today. Context matters when reading or hearing Christ’s Passion on Good Friday, especially when anti-Semitism is alive and well throughout the world.

If we are to read or speak or preach these 2,000-year-old texts, we have a responsibility to usher them into our modern context with integrity and a willingness to encounter the contexts from which they came. And sometimes, this involves stating the obvious.

Why We Need the Resurrection

A Call For More Holy Saturday