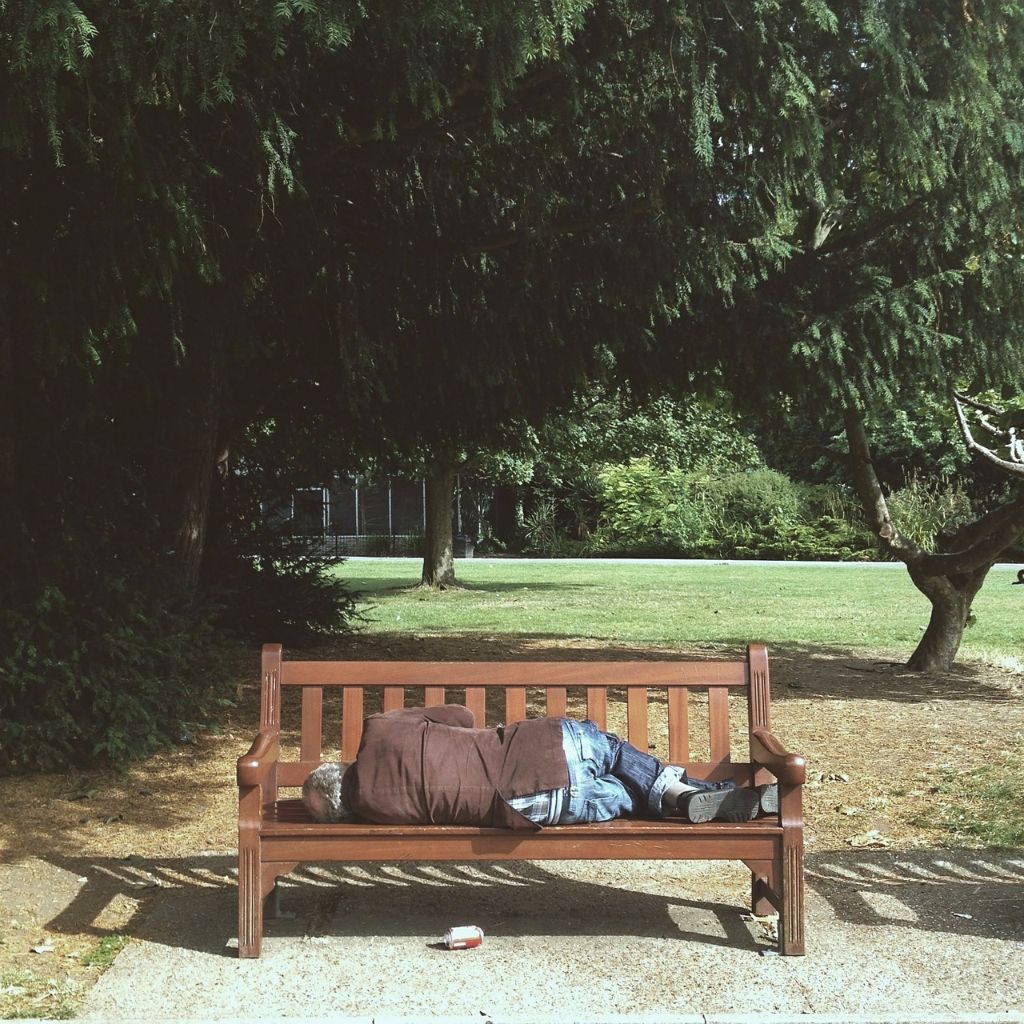 Imagine that you are walking down the boardwalk with a friend, and down in the water you notice there is a young boy bobbing in the water. You are a decent person, so you jump down and pull the boy out. He walks off, and you and your friend continue on your way, satisfied in being able to help the boy.

A few days later you’re on the same walk and once again you see a boy bobbing in the water. You pull him out again, and he goes on his way.

The next day you take the same walk and see that yet again there is a boy bobbing in the water. You’re frustrated and yet, of course, you pull the boy out. This time, however, you ask the boy his name and how he ended up bobbing in the water. The boy takes you up river to a playground where a slide is promiscuously positioned over the water—the slide dumps the children directly into the river.

At this point you might be moved to ask why this slide is positioned over a river. Who put this here? Why hasn’t anyone moved it? You might even move it yourself so that children slide not into the river but into the sand.

Justice work begins with identifying the systems of oppression with which we comply, intentionally or otherwise.


This is the difference between charity and justice work, according to Chris Doucot of the Hartford Catholic Worker, who shared a version of this illustration with my church last week.

The slide perched over the river, like poverty, is a system that produces a predictable and repeatable result, Doucot says. “Persons in privileged positions in society are often blind to systems that oppress, blind to their existence, blind to the ways they may benefit from them, and blind to ways that maybe they helped to construct them.”

Charity, as we know it, offers to fix the proximate cause(s) of a problem (pulling the boy out of the river); justice work, on the other hand, looks at the root causes and seeks to correct those (connecting with the boy, learning the circumstances that led to his bobbing in the river, and actively working to change those circumstances). Justice works begins with identifying the systems of oppression of which we comply, intentionally or otherwise.

We have a problem in the way we engage the challenges of our day, and a charity mindset is one major contributor. If we were all completely honest with ourselves, I suspect that one common motivator for our charitable endeavors would be self-gratification. It feels good to help someone out, but because it is so tempting to go about solving problems with a charity mindset, “Charity can be an occasion for sin,” as Doucot often says.

It is no mystery that this pattern of belief and behavior fuels the intense self-segregation of our society by race and class.


Not only does pulling the boy out of the river make us feel good, tending to any proximate cause repeatedly is likely to produce the mindset that boys just cannot seem to figure out how to keep from falling into the river, and that, it is up to us to save these boys…in perpetuity. It is with this mentality that we wind up blaming poor people for their poverty.

It is no mystery that this pattern of belief and behavior fuels the intense self-segregation of our society by race and class. We associate poverty with stupidity or laziness rather than with our country’s legacy of racist, classist policies. We put bandages over the flesh wounds of our society by engaging in charity, which as Doucot puts it, “provides a big emotional experience that validates white privilege,” without having any real effect on the root causes of the needs to which we are tending.

There are a number of things we can do to move from charity toward justice. These are not all easy, nor should they be, but I believe that, as Doucot said, “Our very salvation is tied up in their liberation.”

This list is not exhaustive, nor does it contain easy solutions, but if we are to ever see each other rescued from drowning, we must attend to that which has propelled so many into the river to begin with. We must hone our mindsets from those of charity to those of justice for all.

Why "What Would Jesus Do?" Isn't Exactly the Right Question

Why We Need the Resurrection