Home > Blog > Why We Need the Resurrection

I was maybe six or seven years old when my dad asked me, "Do you know what the most important church holiday is?" My answer, of course, was Christmas. When he said that, no, Easter is the most important Christian holiday, I was a little annoyed. Anyone could see that, as wonderful as jellybeans are (and I really love jellybeans...I'm eating some right now in fact, even though Easter is still six days away) Christmas is way better than Easter. Besides all the presents, Christmas has the scent of evergreens and woodsmoke, candlelight, animals, long risky journeys, magical signs in the heavens, and a baby. Top that, Easter!

The comparative merits of jellybeans and sugarplums aside, however, my dad was right. That Jesus was born was a big deal. His words and actions were exemplary, inspiring, provocative. But without the empty tomb on the third day, Jesus would have just been a minor prophet, a rabble-rousing advocate for grace, a blip—a significant one, but still only a blip—in his friends' lives. Without the resurrection, the disciples would not have left home to preach God's good news in far lands, to die as martyrs, or to found, in fits and starts, that religious, cultural and political institution we know as the church. History would have marched along in directions unimaginable to us.

We can follow Jesus's example without the resurrection. We can love and forgive people with an astounding grace. We can favor the voices of the powerless over the demands of the powerful. We can be just and merciful. But without the resurrection, we'll always be missing something central. Without the resurrection, Paul says, all we have is this life and our tiny efforts—worthy, but tiny—to make the world better. He writes in 1 Corinthians 15: 19, "If for this life only we have hoped in Christ, we are of all people most to be pitied." This thing we're doing, Paul says, is about nothing less than the absolute transformation of ourselves and our world, the ushering in of a new kingdom, a new creation, in which all the pain, meanness, and corruption of this world, and death itself, will be overcome. And for that, we need something more than our commitment to the good things Jesus did. We need the resurrection.

But the resurrection is a hard sell. It looks an awful lot like wishful thinking. Dead bodies don't just up and walk around, asking for breakfast and appearing in locked rooms. What really happened that Sunday morning?

Of course, we can't know for sure, but theologians have spent centuries taking a stab. Some say that the disciples experienced some kind of prolonged shared vision—not a hallucination that existed only in their minds, but a vision tangible enough, real enough, for disparate people to agree on what they were seeing and hearing. They saw and interacted with something real that looked and walked and talked like Jesus, that was Jesus, but was something other than Jesus's cells and organs and protoplasm resuscitated from the grave. The resurrected Jesus's body didn't behave the way bodies usually do—take the locked room appearance, for example, or that he appeared to different people in different places around the same time. Scholars point out that when Paul defends the resurrection in 1 Corinthians 15, he links his own experience of seeing a powerful vision of Jesus on the road to Damascus with the first disciples' post-resurrection sightings, implying that he thinks they had the same sort of vision that he had, rather than an interaction with an actual dead body that was no longer dead.

Other theologians have said, no, it's not that complicated. The resurrected Jesus was not some kind of vision. Jesus's body was dead and lying in a grave, and then it was alive. Thomas put his hands into the wounds, after all. The resurrected Jesus ate, walked, and talked. Why would a vision need to eat? Anglican theologian N.T. Wright argues that Paul knows how to write about a less tangible, more metaphorical resurrection, such as when he writes about believers gaining a new life as a result of baptism. When he writes about the resurrected Jesus, Wright says, Paul is not being metaphorical; he is describing what happened. Paul contrasts the buried Jesus with the living Jesus, implying that they are one and the same. 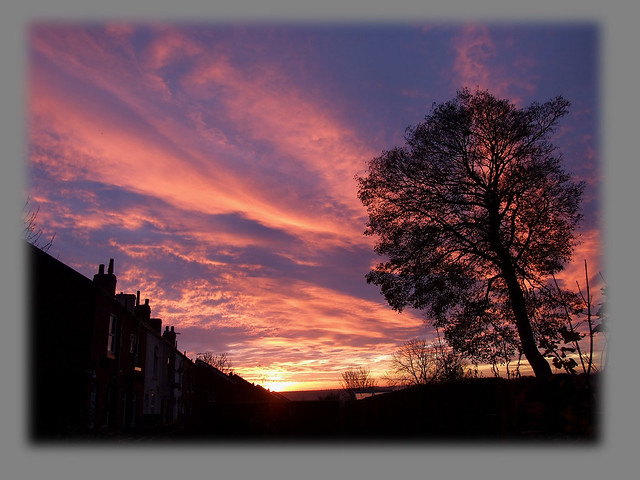 So was the resurrection a literal resuscitation or some kind of vision? Theologian Marcus Borg argued that it doesn't matter that we know exactly what happened. He rejects a literal resurrection of Jesus's dead body, but also hesitates to say that something "mystical" or "spiritual" happened, because in our scientifically oriented culture, calling something purely "spiritual" tends to diminish its meaning. He says something clearly remarkable happened in the resurrection, whatever the mechanism. He also says it's clear that the disciples experienced Jesus as alive in a concrete, transformative way. Borg wrote,

The central meaning of Easter is not about whether something happened to the corpse of Jesus. Its central meanings are that Jesus continues to be known and that he is Lord. The tomb couldn’t hold him. He’s loose in the world. He’s still here. He’s still recruiting for the kingdom of God. (emphasis mine)

That's pretty much where I come down on the resurrection too. Something clearly happened that transformed a bunch of bumbling, dejected disciples into people of steady conviction willing to travel the world preaching good news, and die for it if necessary. I don't need to know exactly what happened, or understand exactly how it happened, to allow myself to be transformed by the resurrection. We don't have to understand exactly how something works for it to have power and meaning. I don't understand how my dog's goofy presence makes me feel better after a lousy day, why I consider a particular piece of music beautiful, or how my gut feelings usually steer me in the right direction when it comes to big decisions—but all of those experiences are very real. I don't have to understand how the human-canine bond, music, or intuition work to know that these phenomena have real power to transform.

The resurrection is central to our faith because it is the ultimate revelation of God in Jesus Christ. Jesus's life and ministry were revelations, in that his words and actions revealed much to us about God's character and priorities—that God will look for us no matter how lost we become, that God cares about the sick and suffering and offers healing, that God has high expectations for us but an even higher capacity for forgiveness. The resurrection shows us that all of the things we associate with God—love, light, goodness—will prevail over the suffering, pain, and death of this world. The resurrection reflects the truth, written into the very creation and especially apparent this time of year as fragile crocus petals open themselves against the bitter wind, that love and life win, always.

5 Ways to Move from a Charity Mindset toward Justice Work

A Case for Stating the Obvious on Good Friday