In case you missed this in April's Newsletter:

Bob: I’ve been thinking that it may be time to augment the look of our publications to more stylistically express the richness and depth of St. James’s, while keeping with tradition. 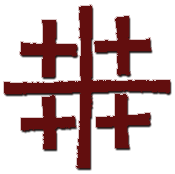 Bob: Of course, so what if we started with our cross?

Curtis: Are you asking me to design something?

Curtis: Gotcha, well tell me about the cross we currently use on bulletins, newsletters, advertisements, et cetera.

Bob: As you know, our current cross was a different form of what is commonly called the Jerusalem Cross. This symbol contains one large, central cross with four small Greek crosses in each quadrant. Although interpretations vary on the meaning of the symbol, the central cross may be said to represent Christ, while the four represent the four evangelists: Mark, Matthew, Luke, and John.

Curtis: I’ve heard that the four crosses can also represent the wounds of Jesus, one on each arm and leg.

Curtis: Yes. Yes it does. Didn’t the Jerusalem Cross have some unfortunate beginnings?

Bob: Yes, soldiers used it during the crusades, a bloody stain on the history of Christianity, after Godfrey of Bouillon adopted it for his coat of arms. 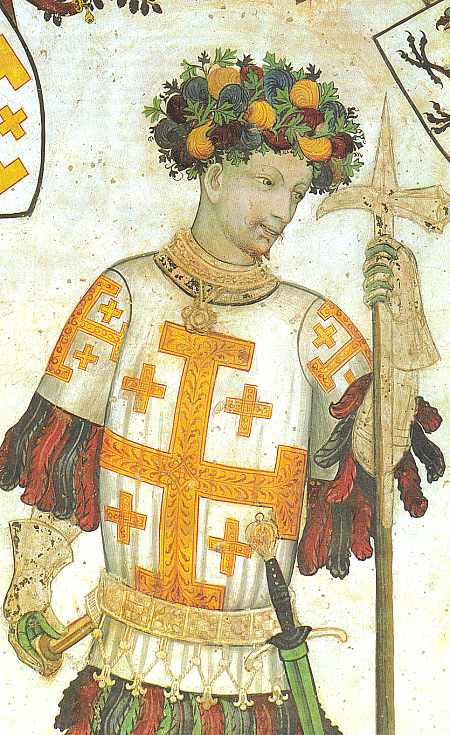 Bob: You’re ridiculous, but bouillon is French for broth, and Godfrey was French, so…yes… the beef cube guy.

Curtis: So the cross originated during a particularly bloody period of Christian history?

Bob: Yes, and for two hundred years it was the symbol for the Kingdom of Jerusalem. It is still used by the Episcopal Diocese of Jerusalem.

Curtis: And the Franciscan order that serves all of the major Christian sites in the Holy Land uses the cross, as do many churches (Episcopal and otherwise).

Bob: And we use it because a sword through a clamshell, the symbol for St. James, just isn’t as marketable or identifiable as a sturdy, symmetrical cross. I’d like to play with the cross, maybe to simulate stained glass and incorporate the shape within a circle…

Curtis: …which symbolizes the Holy Spirit…

Bob: Sure, whatever. Six minutes later,

Curtis emerges from his lair with a design that is vibrant, symmetrical, and keeping with the Jerusalem Cross theme while adding a modern and colorful twist, with each color representing a different liturgical season.

We hope that this new cross more fully represents the values of the St. James’s community, namely inclusivity and community grounded in tradition with a focus on Jesus who shows us the way to live in love of God and one another. As we roll out this new cross design over the next few weeks, we hope you will take an opportunity to extend an invitation to someone to come see what St. James’s is about—that we might grow as one segment of the Body of Christ through fostering new relationships and the good works that flow from the love of a community focused on God.

Your brothers in Christ, 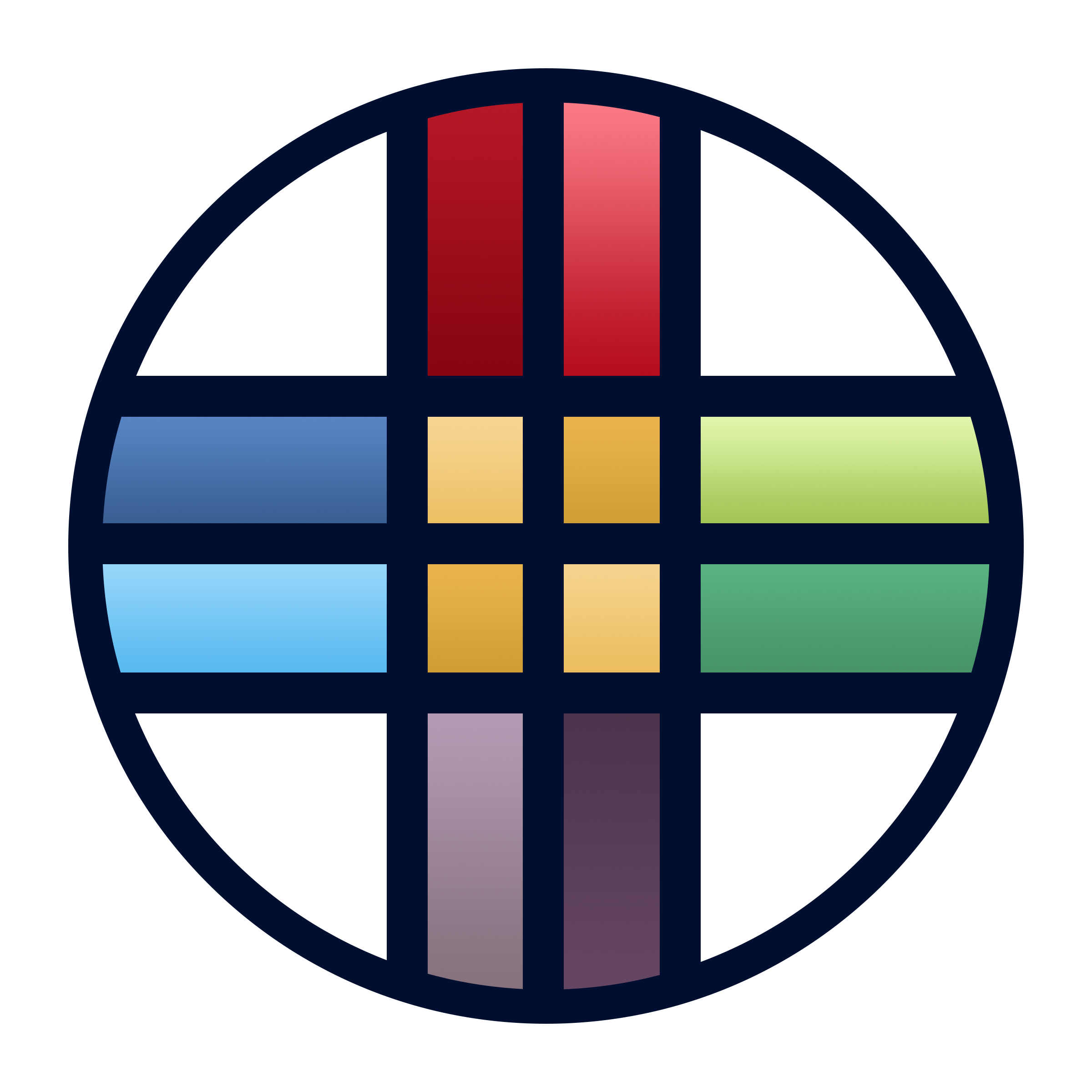 A Call For More Holy Saturday

What It Means to Belong to a Church