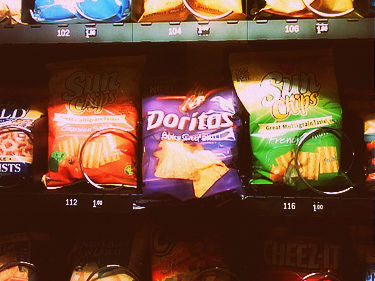 Sometimes I want people to push Jesus to answer their questions directly, just like presidential debate moderat…just like news pundi……I have no frame of reference with which to judge the people’s interrogation skills…we just don’t have a good modern example.

So instead we are left to look deeper into the misdirection. What piece of their question is Jesus responding to? They ask him when the temple will fall—as if he was offering a specific prediction of a specific event—and instead of giving an answer to that question, Jesus offers them some advice: don’t listen to people who claim to know the future.

Maybe they are asking questions about football to someone who only knows about fútbol; know what I mean? Maybe Jesus is speaking on a different level; they are concerned with specific events and knowing when shifts in power will occur, so that they can use their knowledge to their best advantage. It’s a natural human impulse. We want as much information as possible in order to make decisions that benefit ourselves and the greatest number of people.

We want control, when what Jesus wants us to know is that we are not in control, and we don’t need to be. Control was never the point, despite the superstitions that surround much of pop culture’s version of Christianity. The Bible and everything else is full of examples of people trying to authenticate their beliefs and prove to themselves and everyone else that the beliefs they’re willing to stake their lives on are absolutely true. We’ve even had the gall to make the assertion that we know how to summon God’s presence, but the truth of the matter that the people don’t seem to get is that God is always present—even in the bad things. Not that God is directly causing the bad things or even just lazily letting the bad things happen—God is not a vending machine for whom we hope our wrinkled dollar bills will suffice; God is more like the person sitting in the break room, watching you struggle with the vending machine, and offering to share her meal with you…

(And here’s my attempt to avoid heresy)

…inasmuch as control over one’s situation is concerned. We can continue to try and figure out how to get what we want by fumbling around, or we can turn and realize that God offers a deepening relationship with us that will nourish and satisfy more than we ever could by ourselves.

“Look at all of the treats in the vending machine!”

“You mean the Cheetos, Fritos, and Doritos? Yeah they sure are tasty, but they won’t nourish you, and eventually a diet of junk food will kill your body.”

“When will that happen? because I want to eat as much of the junk food I can without dying.”

“Just beware of tricky labels that tell you something is healthy in some way or gluten free…that doesn’t mean it’s healthy, it just means that the plastic you’re eating doesn’t have any protein composite found in barley and rye.”