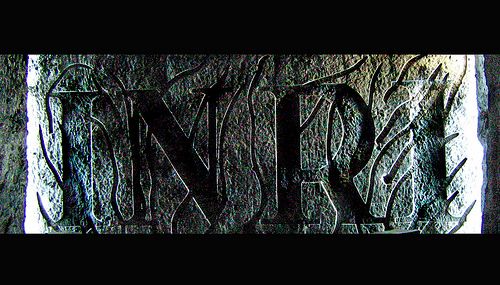 Everyone loves a good blame game. On whom do place the blame for our social ills? Guns, bad schools, broken families, republicans, democrats, the media, violent video games, conservative Christians, liberal Christians, the gays, or just society at large?

Everyone loves a good blame game, and as Jesus hung on his cross, Pilate and others gathered played with the proverbial hot potato—who is it that is responsible for murdering Jesus of Nazareth, the King of the Jews?

The irony of this given title is not lost on us:

Jesus of Nazareth: an ordinarily named man from an ordinary place—the Duluth of First Century Palestine.

King of the Jews: an extraordinary title, which Jesus would not claim: an indictment that states Jesus’ crime, though ironically the charge is completely true and the only crime is ignoring its significance in our lives.

Not merely written in an attempt to be politically correct and positively inclusive of people with various dialects, but written in three languages as a warning to all that political dissidents will be dealt with severely: if you stand against the emperor, you bring consequences upon yourself…and the blame game continues.

The charge written in three languages also reminds us of the universality both of the domination system that claimed Jesus’ life as well as the extent to which Jesus reaches lovingly for each and every one of us.

But the Jews gathered there at Golgotha are uneasy with the inscription. “Don’t write it like that! Write that he said he was King of the Jews—we take no ownership of his claims.” While that is clear, Pilate has to point the blame somewhere for the sake of puffing up his popularity and ability to rule…it’s a delicate balance.

“Too late!” Pilate responds. “I already wrote it…in three languages…in permanent marker…what can I do?”

Were these Jews satisfied with his response? We don’t know. Did their guilt hold them back from pushing harder for a new inscription?

Imagine Jesus there on the cross watching this pathetic scene unfold as the hot potato is passed around and as those who were complicit in this execution deny their culpability in imaginative ways.

But there is no turning back now. Pilate is right, what has been done has been done. In the end, who is responsible for murdering Jesus? Was it Judas or Caiaphas or Peter or Pilate or the Jews or the Romans or Obamacare or is it the entire gathered community at the cross, who deny that God is God and instead make for themselves idols called Caesar and safety and power and a false innocence?

Will we continue the blame game, which only perpetuates the violence, pain, and needless suffering in our world, or will we seek to serve Christ and one another? Ironically, the only one worth serving in this life is one who came to serve and not to be served: Jesus of Nazareth, King of the Jews, the Gentiles, and everyone in between.