Surely you've heard the story about the woman who sued McDonalds for millions because she claimed, after spilling a cup of coffee in her lap, that the coffee was too hot. It's the go-to story for those of us convinced that we live in an overly litigious culture—a nation of whiners constantly on the lookout for someone to blame for every problem, and so obsessed with money that we'll make ridiculous claims to get it. Suing a restaurant for serving hot coffee (was she expecting it to be cold?), and seeking financial compensation for your own clumsiness is ridiculous. Right? 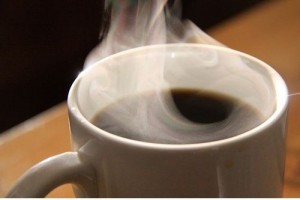 The site Upworthy recently posted a video that tells the whole story of the woman who sued McDonalds over hot coffee, Stella Liebeck. If you don't have time to watch the whole video (it's about 12 minutes long), these are some of the facts that rarely made it into news stories: Ms. Liebeck put a cup of McDonalds coffee between her knees after going through the restaurant drive-through because the car she was in didn't have anywhere to put it (this was the early 1990s, before every car had numerous cupholders). Contrary to many media reports, Liebeck was not driving while drinking her coffee; she was a passenger. When some of the coffee spilled onto her thighs, it caused significant burns, some of them third degree. The video includes some graphic photos; these were not minor injuries. She hired a lawyer only after sending letters to McDonalds telling her story, asking them to help cover her medical expenses, and urging them to consider lowering the temperature of their coffee. The lawyer she hired discovered that McDonalds coffee was routinely served at about 190 degrees—a temperature capable of causing third degree burns within 15 seconds, and about 30 degrees higher than the coffee you make at home.

Human beings are storytellers. We love stories for their entertainment value, but we also love telling stories to prove a point. Lawyers, journalists, and marketing experts understand that, if you're trying to convince people to take a particular action or help them understand something, citing statistics and facts will only go so far. Telling stories about real people behind the statistics captures people's imaginations, stirs up their emotions, and spurs them to action.

But as the McDonalds coffee story shows, our love of stories has a down side. We human beings love stories, but we also love simplicity and clarity. So we tend to take real people's stories and turn them into morality tales, with villains and heroes, with clear divisions between right and wrong. When we take real people's stories and use them as morality tales, we simplify them, shaving off their rough (human) edges so they will fit perfectly into the nice boxes of right or wrong we have built to prove our point. The broad outlines of Stella Liebeck's suit against McDonalds—a woman spilled hot coffee on herself and sued the restaurant that served it—make it a perfect tool for people advocating for a less litigious culture. But when we take the time to hear Stella Liebeck's whole story, right and wrong are no longer quite so crystal clear.

When it comes to the most difficult, complex, and controversial issues facing our culture—reproductive choice, sexuality, gun violence, foreign policy—we frequently do one of two things: We oversimplify people's stories so that they clearly support our agenda (just as so many of us oversimplified Stella Liebeck's story), or we avoid real people's stories altogether. Last summer the New York Times published some op eds telling the stories behind several women's abortion decisions. The op eds poignantly revealed the very real, very human complexity behind such decisions. One outraged reader wrote to the editor, "The debate about whether a pregnancy should be aborted should never be reduced to stories of why anyone made the choice."

Why yes, sir, it would certainly make the abortion debate (and every other sociopolitical debate) much simpler if we just took real people, with all of their messy emotions and inconvenient realities, out of the conversation. Debating policies in a humanless vacuum, we could come up with some lovely cut-and-dried, black-and-white rules for how people should behave and what people should do under all kinds of circumstances. Those rules will be useless, of course, but at least they'll look good on paper, and be easily communicated in 20-second sound bites and pithy slogans.

What our terribly divided and divisive cultural discourse needs is more stories, not fewer—more real stories about real people, with all of the messy, complicated details intact. Such stories cannot easily be categorized into the "pro" or "con" column. Such stories force us to recognize that our fiercest cultural debates are not between the Good Guys and the Bad Guys, but between a Bunch of Messed-Up But Well-Meaning People and Another Bunch of Messed-Up But Well-Meaning People. Such stories force us to look outside of ourselves and the biases that arise from our own stories, to look to our communities, our history, our scriptures, even (gasp) our opponents in the debate for help figuring out how to respond.

A story-based, or narrative, approach to the most fundamental, difficult questions facing humankind has an auspicious precedent—the Bible. Religious fundamentalists insist that our scriptures provide a clear blueprint for right and wrong. Such a claim is, of course, preposterous. The Bible is full of stories that portray the same messy, complicated, even contradictory realities that we know well from our own stories.

In the Bible, the heroes are flawed and the good guys don’t always win. Even stories in which there is a clear message for how to live in the world and with each other are full of complexities and contradictions. We rejoice at the father’s ecstatic embrace of the Prodigal Son, and we feel a little miffed on behalf of the responsible other son. We are in awe of the creator God’s rebuke of Job, and we think Job had good reason to complain to God (and suspect we would do the same thing). We understand why Jesus said that Mary was doing the better thing, and we wish she and Jesus would just get up already and help Martha with the meal. Our scripture also reminds us that we see as in a mirror, dimly. Any story that fails to acknowledge that dimness, that murkiness, is a story we ought to question.

Allowing ourselves to be changed by stories is what reading scripture is all about. A story-based approach to today’s ethical and cultural quagmires likewise encourages us to allow other people's stories to change us. How might our cultural discourse change if, instead of trading barbs and slogans, we were to tell and listen to stories (in their entirety, including the difficult or complicated bits)? What if we allowed each other's stories to inspire compassion and forge connections with other mixed-up people who are, like us, just trying to figure out the right thing to do?

We're always going to disagree with others about the best ways to foster a society characterized by compassion, justice, equality, fairness, and honesty. But in our cultural debates, we owe it to the Stella Liebecks of the world to insist on hearing the whole story. As the Bible shows us, the most valuable stories are messy and complicated, but also beautiful and capable of drawing us closer to one another and to God. Simplistic, black-and-white narratives that conveniently support my position on a particular issue rarely tell the whole truth. Wisdom comes cloaked in shades of gray.