Home > Blog > The Theology of "Interstellar"

If you've seen the new movie Interstellar, starring Matthew McConaughey, Anne Hathaway, and Jessica Chastain, you may be wondering about the title of this post, wondering if maybe you missed some God talk in the film. You didn't miss anything. There was no God talk. But while there was no God talk, there was talk about meaning and sacrifice, the place of humanity in the universe, and the power of love—the things we talk about when we talk about theology. 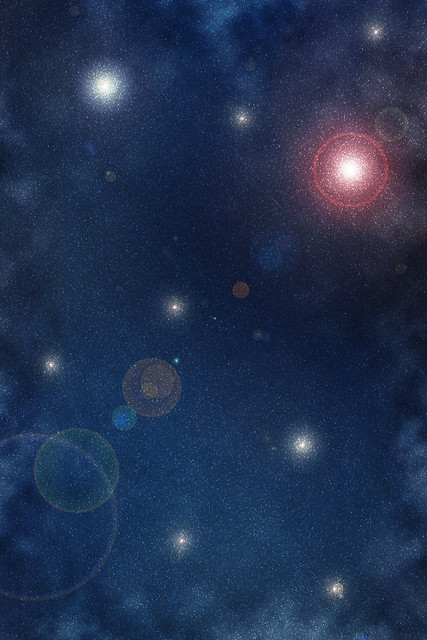 Interstellar takes place in the near future, in an America where the most basic rhythms of life continue but livelihoods (and lives) are threatened by ongoing crop failures and the prospect of devastating famine. Cooper (McConaughey) lives with his father-in-law and his two children in a farmhouse surrounded by corn fields—corn being the only crop that hasn't been devastated by blight. They are regularly subjected to huge dust storms. Cooper, an engineer and pilot, joins a NASA mission to travel through a worm hole in space to visit several planets that might be able to support human life. The goal is to plant a new human civilization on another planet before blight and famine lead to human extinction on Earth. It's a thrilling and thought-provoking film, with wild special effects and mind-bending portrayals of the relativity of time.

In a key scene, Cooper and Brand (Hathaway) must decide which of two viable planets to visit. With their dwindling resources, they can't visit both. Brand argues for one planet over the other because she is in love with an astronaut who went on an earlier mission to that planet, and hopes that he is still alive, waiting for her there. When Cooper chides her for being guided by her emotions rather than the hard data indicating that the other planet is possibly a better bet, Brand eloquently defends her choice. We are tempted, she says, to see love as frivolous and tangential compared with cold, hard facts. But love, she argues, must have some ultimate meaning and power in the universe and for human survival. Love must be more than a pleasant add-on to human life. Love must be necessary, or it would have been lost at some point during human evolution. (She's talking about love as the potent connection that continues even when people are separated by time and/or space, not about sex, which has an obvious evolutionary purpose.) What if, in this case, love—her love for the other astronaut—is exerting its power over her for a reason? What if love is meant to guide not just hearts but heads? What if love is a certifiably powerful force in the universe? Shouldn't they heed it?

This conversation about love reminded me of some conversations we've been having for the past couple of months among the St. James's Vestry. We've been talking about the fundamental "why" that leads each of us to seek a connection with God and a faith community. This conversation is not about specific doctrines or beliefs; each of us uses different words and concepts to describe God and what we believe about God. Many of us aren't quite sure what exactly we believe about God, Jesus, the church, and all that stuff we say together in the Nicene Creed each Sunday. This conversation is also not about the practical reasons we've chosen St. James's as our faith community. It's not about beautiful choral and organ music, excellent preaching, or a family-friendly environment. The conversation, rather, is about the most basic values and beliefs that lead us to choose faith, no matter how uncertain or tentative, over no faith; to choose worship most Sunday mornings over a second cup of coffee and the newspaper; and to teach our kids that there is something valuable in the Bible, sacred music, prayer, and belonging to a faith community, instead of teaching them that religion is an empty, antiquated fantasy.

This is why I heard that key conversation between Interstellar's two main characters as being a theological conversation. Brand believed, as I do, that love is more than a nice notion that comforts us in a cruel universe, more than a pleasant adornment in a universe ruled by cold, hard fact. She believed, as I do, that love exerts real, significant power over the universe and all that is in it.

So did Brand and Cooper decide which world to visit based on the power of love or on scientific data? Was Brand's belief that love is a central and necessary force in the universe proven or not? Sorry, no spoilers here. If you want to find out, you'll have to go see the movie. And maybe also think about your fundamental "whys" for choosing faith over no faith.

Muslims in the Cathedral

Am I Doing Advent Wrong?