Home > Blog > The Grand Theft Auto of The Bible

We’re looking at psalms two weeks in a row. Psalm 137 is most often quoted by antitheists or those critical of the use of scripture by religious people and institutions. Verse 9 in particular draws a great deal of attention:

“Happy shall they be who take your little ones and dash them against the rock!”

“Blessed” is often substituted for “happy” in other popular translations of this lament over the destruction of Jerusalem. If we approach the Bible as God’s Guidebook to Holiness and take every bit as a literal and truthful statement directed at our particular culture and personal circumstances, it seems like this says that if we bash our enemies’ children against rocks, we’ll be blessed or happy.

It just makes your heart warm and fuzzy, doesn’t it?

In some ways, this is appropriate ammunition for questioning the methodology of those who approach scripture in the way mentioned above—how on earth can you pretend that scriptures are clean-cut descriptions of how to live a life seeking God? 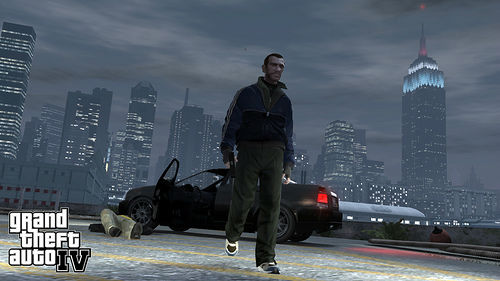 As I mentioned, this is a lamentation. Jerusalem has been destroyed, and her enemies are many—and they are vicious. The writer of this Psalm (one of God’s creatures, not the deity) is clearly going through some serious grieving, which includes anger, sadness, and even some rage. I have not had his/her particular experience, but I have experienced intense anger toward certain church leaders, too many members of Congress, and people at Trader Joe’s who seem to completely lack spatial awareness. In fact, if I’m completely honest, there are sometimes when deep down I want to simply strap some of these people to rockets and shoot them into outer space.

Passages like this are the Grand Theft Auto of the Bible—they are gratuitous, overly-accessible to small children, and seem to encourage violence. What do we do with passages like these when we hear them in church or read them in our daily devotions?

Stop chuckling!…some people read the Bible on their own!

We can first take them for what they are, namely, honest expressions of raw emotions deeply felt by people who struggled to believe that God was somehow connected to them, despite all of the horribleness.

Where do we go from here?