Home > Blog > The bath that makes you dirty

When we do baptisms at St. James’s, the candidate is usually less than one year old. The altar and clergy are decked out in white. Next to the centered font is a brass pitcher of tap water. During one of the longest “lines” of the liturgy, the celebrant pours water into the font while doing his or her best to read the prayer smoothly. This skill takes years of practice, and it’s why we get paid the big bucks.

Water is loaded with symbolic significance—we recall God cleansing the earth in the story of Noah, parting the Red Sea during the Exodus, and then parting the Jordan River as Joshua leads the people into the Promised Land. The Jordan River is where we find Jesus and John in Matthew’s account of Jesus’ Baptism.

John has not printed a bulletin for Jesus’ service, nor has he appointed a committee to create a keepsake banner with the candidate’s name on it, as we do at St. James’s. John is not expecting to Baptize Jesus, he is expecting the opposite. “I need to be baptized by you, and do you come to me?”

You’re picturing this in your head, aren’t you? Maybe you’re imagining the scene as depicted in film. Maybe you’re imagining Art Garfunkel being washed by Sgt. Pepper in a city fountain (a la Godspell). My image of this scene was significantly altered when I visited the Holy Land in the summer of 2012. We traveled to the Jordan River, to the approximate/observed location of Jesus’ Baptism. On the site, numerous Christian denominations built churches, more so on the Israel side than the Jordan side. Also on either side of the river were armed guards with AK-47s. The whole thing sounds like a big production and marvelous site, until you realize that the river is maybe twenty feet from one side to the other, and it’s not more than a few feet deep.

We called that a “crick” or “creek” where I grew up. The scene reminded me of Mel Brooks’ Robin Hood: Men in Tights when Little John guards the four-foot-long bridge over a tiny stream. And not only is the Jordan River small at this stretch, but it is dirty—a lighter shade of brown that looks as if nothing could be cleansed in its waters.

Our sagacious guide, Kamal, took this opportunity to talk about water. Water is politics in Israel. Our day had begun at the source of the Jordan’s water in Banias. The waters were so pure that our group bent down and refilled our water bottles. But in order to provide the Jewish settlements in the West Bank with a water supply, the Jordan has been dammed, thus the waters further down are murky and pathetic. Meanwhile the Palestinian camps must ration their water in order to survive.

To someone in Palestine, the land where Jesus lived, clean tap water in a brass pitcher sitting next to a baptismal font may as well be an overflowing treasure chest. To be baptized at the site where the Bible places Jesus’ Baptism by John is not to be purified, but humbled and washed in dirty water. Jesus replies to John’s confusion about who should baptize whom saying, “it is proper for us in this way to fulfill all righteousness.” The theme of righteousness is recurring in Matthew—it’s about following the will of God, though maybe not in the way that one might imagine God wills every particular event to happen. Maybe it’s God’s will that those of higher praise should humble themselves.

Gordon Lathrop, a liturgics professor at Lutheran Theological Seminary in Philadelphia says that Baptism is the bath that makes you dirty. By washing yourself in the waters of Jesus, you make yourself as dirty as those with whom he identified. By this Lathrop does not mean that those people are dirty from God’s point of view, just dirty from society’s perspective. God cares for all, and wants for us to raise each other up without putting others down.

Baptism is the bath that makes you dirty. How true this is, even and especially at the very site of Jesus’ Baptism, and the effects of Baptism can never be washed away. 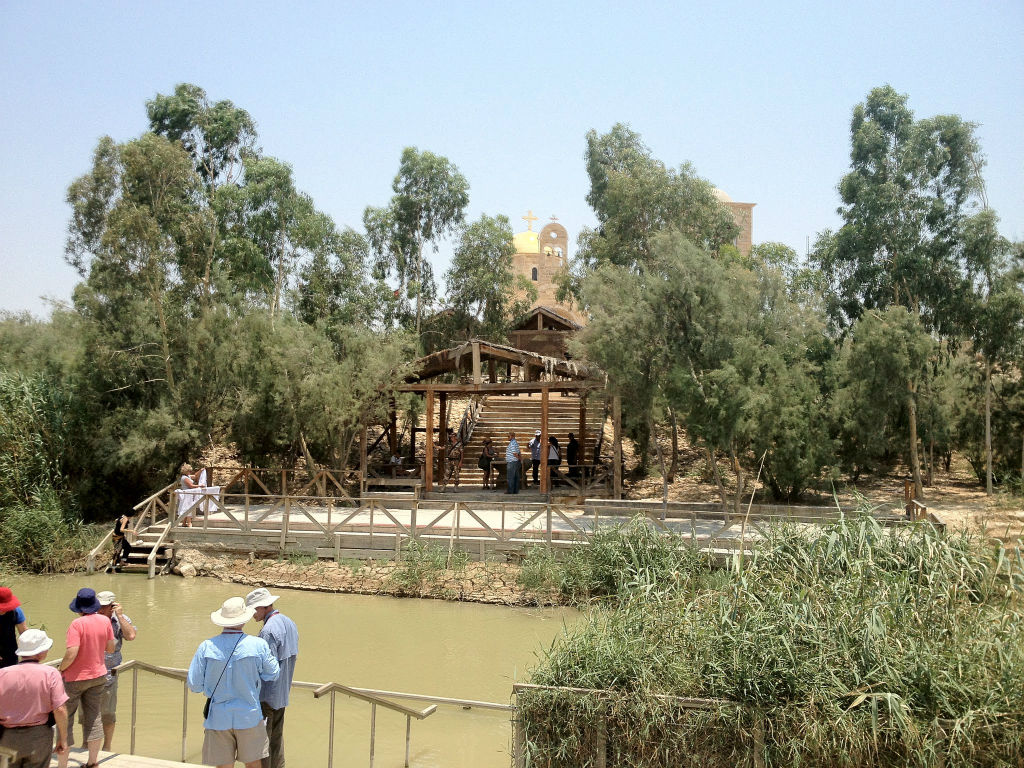 This is a weekly contribution to the creative and imaginative process of interpreting the black and white fire of Scripture. Often using an adapted process of Midrash, the author includes historical/cultural information, personal anecdotes, and other theologians’ ruminations on selected passages from the upcoming Sunday’s lectionary readings. All are welcome to journey into the fire by using the comment sections on the blog itself, or on Facebook or Tumblr.