Home > Blog > One of My "Cloud of Witnesses"

A few weeks ago there was a short notice in the Sunday bulletin about the death of a parishioner that a few of us remember, Meverell Good. He and his family were active at St. James's in the 1980s; they moved to Martha's Vineyard, where they had a summer home for years, permanently after Mr. Good's 1989 retirement. I knew him well because his daughter was my best friend in high school.

As I traveled to and from the Vineyard last weekend to attend Mr. Good's memorial service, I thought about the unique nature of the relationships with have with parents of childhood friends. Our friends' parents are often the first unrelated adults with whom we interact socially, rather than professionally. They have some authority over us, but not to the extent that our parents, teachers, or coaches do. They tend to give us a little more leeway than our parents do, because they don't feel as responsible for how we turn out. We tend to give them a little more leeway than we give our parents, because our willingness to hear their viewpoint isn't obscured by the fog of power struggles and family history that hangs over interactions with our own parents, particularly when we're teenagers. While we may meet the parents of friends we make as adults, we're unlikely to get to know those parents the way we get to know the parents of our childhood friends, whose homes become our second homes, whose quirks and patterns become as familiar as those of our own family members, whose households we become a part of.

I ate dozens of Sunday dinners at the Goods' house (the menu was always the same—steak, homemade french fries, apple pie). I slept over at their house several times a month. I spent Thanksgivings and summer weeks at their house on the Vineyard, which meant four-hour rides each way either in Mrs. Good's navy blue station wagon or Mr. Good's vintage VW bug. I witnessed family members' bickering and brawling, and dissolving into laughter at inside jokes. I saw them when they were feeling relaxed and having fun, and when they were tired and stressed. Mr. Good drilled me at the dinner table alongside his own children about what I learned today, and I benefitted as they did from his prodigious memory and love of quirky facts and stories. 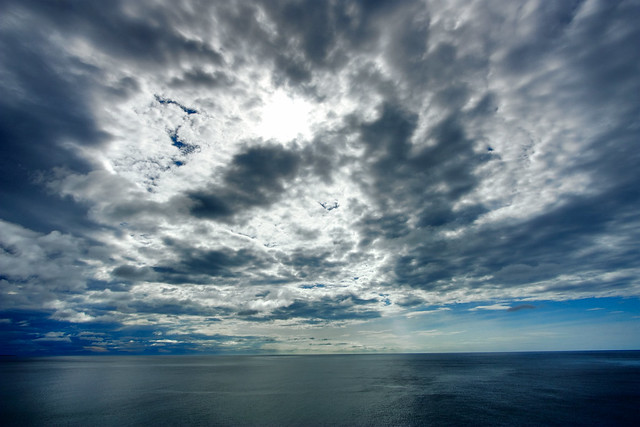 At Mev Good's standing-room-only memorial service, people got up and told stories about him. Many of them knew him as a 91-year-old retiree and grandfather, an avid tennis player and beloved teacher, where I had primarily known him as a 60-something father of growing children, an insurance executive, a ride giver and dinner-table interrogator. But regardless of the context in which we got to know him, we all agreed on his best qualities. He remembered names. When he asked after you or someone else, his interest was genuine. He could recall obscure historical facts and sports statistics at the drop of a hat. He loved to learn and made other people, especially kids, love to learn too. He was a peacemaker.

As I've remembered Mr. Good and his place in my life, I have thought of this verse from Hebrews 12:

Therefore, since we are surrounded by so great a cloud of witnesses, let us also lay aside every weight and the sin that clings so closely, and let us run with perseverance the race that is set before us...

This verse comes after a chapter recalling figures of the Old Testament—Moses and Abraham, Noah and Rahab and David, Cain and Abel, Jacob and Joseph. These people, portrayed as holding us up and sending us on, were not perfect. Far from it. They committed all sorts of dastardly deeds—shocking betrayals, adultery, murder. Even those who led relatively upright lives ended up serving God and God's people in haphazard, unintentional ways. Yet these imperfect people who didn't intend to be role models are the people whose life stories we look to for guidance, wisdom and inspiration.

When I consider my own "cloud of witnesses"—people whose stories have influenced my life, shown me what is important and led me in the way I need to go—I realize it's full of regular, imperfect people whose influence was also somewhat haphazard and unintentional. I went to Martha's Vineyard last weekend not only to be with my friend and her family in their grief, but also because Mr. Good was part of my "cloud." The curiosity, warmth, and good humor that I witnessed so often in the years that I was a frequent guest of the Good family showed me what a connected, engaged adulthood can look like. As I've thought about the mark that our childhood friends' parents can make on our lives, I've also thought about what my interactions with my children's friends are like, and whether my hospitality, my interest, and my own haphazard, unintentional example might bear witness to what a connected, engaged adulthood looks like—and to the divine love that carries such a life forward. I hope so.

A Time to Feast and a Time to Fast