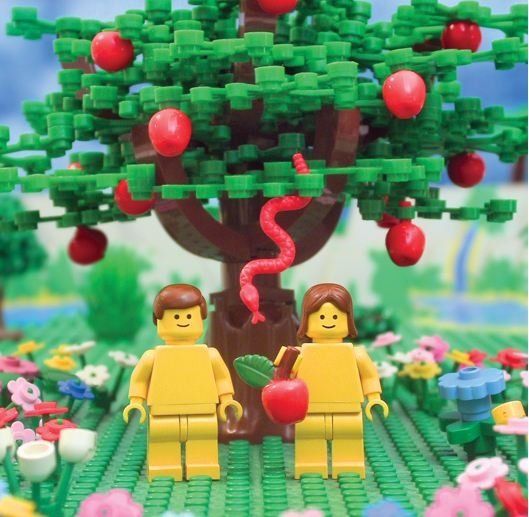 We’re reaching way back into Genesis this week. God has already created and distributed Earth 1.0 (with many divine updates and co-creations to come with 1.1 and beyond). God created “the man,” ha adam, or Adam from dust (spoiler alert: to which he shall return).

Now God plants a garden and puts the man in it to “till and keep it.” God says to eat freely of everything but the tree of the knowledge of good and evil—if the man eats from that tree, he will die.

We skip ahead, but in the meantime God makes the woman out of the man’s rib, and the man and woman are naked together and everything is groovy. Until the serpent saunters by, that is. This crafty little thing puts some spin on what God said and asks the woman about the command from God. She repeats God’s command, but adds a little bit. She adds that even in touching the tree she will die.

Let’s pause here because God didn’t say that, or at least no one cared to tell us that God said this. Either this is bad storytelling or Eve is purposely adding to God’s command. Maybe she is merely emphasizing the seriousness with which God gave the command. Although when you think about it, the woman wasn’t even alive when God gave the command. She was still part of the man’s ribcage—so either she heard about the rule from the man, or she had memories from her time as a rib.

But let us move on because now it gets good. The serpent claims that God lied; not only will she not die from eating the fruit from the tree, she will be like God and know good and evil. Suddenly the fruit looks rather edible indeed. She eats some and passes some more to the man. Their eyes are “opened” and they realize how silly their private parts look, so they cover themselves with fig leaves—the censor bars of the ancient world.

What does it mean that the man and woman’s eyes are “opened?” The word for knowing (as in “they knew that they were naked”) is יֵדָ֑ע or “ya-da.” Usually if you’re naked you don’t want to hear anyone say “yada yada,” but there you have it. This particular word can mean a whole variety of things from knowing information, to being acquainted with someone, to sexual experience, to moral understanding. It’s important to note here that their physical state doesn’t change, but their awareness does—their relationship to their bodies, to each other, and to God changed in that act of defiance and self-aggrandizement.

Luckily, the man and woman are not alone—they acted together and they have each other…and of course God is still with them, but things will never be the same.

There are still a few questions however:

Why does the serpent talk to the woman and not the man? If God had addressed the man about the rule of the garden before Eve, why didn’t the serpent just talk to the man in the first place?

A seminary professor of mine, Judy Fentress-Williams, writes in Feasting on the Word that, “it can be argued that the serpent speaks to the woman because she is culturally associated with the characteristics that separate humans from animals: wisdom and desire.” There were many similar ancient myths about the first created ones, and in the epic of Gilgamesh the female character has a sexual liason with the animal “Enkidu.” This liason forever separates the Enkidu from the rest of the animals…he becomes the man. Stories like these would have been present in ancient Near Eastern cultures, and the woman’s culturally-associated characteristics would have been well known. Think gender roles.

That leaves us still with one more question, and that is what is the point of all of this? To know where we’ve come from? To have a fun story to tell? To hate on manipulative serpents, bendable women, and even more bendable men? Or does this story have some fruit for us (the intellectually and spiritually edible kind)?

One thing we might suspect is that if we seek divine answers more than we seek a deepening relationship with God, we may realize how vulnerable we are; we may have a deeper understanding, but with that knowledge comes more questions. This is where what we do comes into play—what we do with our relationships and with ourselves.

Maybe we read about the man and woman coming into a newfound knowledge at the beginning of Lent as a way of calling us to mindfulness and subsequent action that seeks to deepen relationships rather than store up treasures for personal use. Maybe we read this to remind us, once again, that no matter what sneaky maneuvers we might imagine, we cannot escape death. As God says to the man in 3:19, “you are dust, and to dust you shall return.”