When Bedtime Stories are Bittersweet

My two younger kids were feeling nostalgic last night. While they have long been in the habit of reading on their own at bedtime, last night they pulled a few favorite picture books off the shelf (The Little House by ...
Read More »

The Dismembered Body of Christ

This post first appeared on OnFaith VoicesLooking from the outside in, Christianity’s degree of denominationalism seems competitive and at times non-productive…and perhaps even a bit absurd. Although most Christians have surely heard Saint Paul’s words that we are o ...
Read More »

A Christian Response to Brittany Maynard's Decision to Die

The face on this week’s People magazine cover is Brittany Maynard, a 29-year-old, recently married woman who went public with her plan to take a fatal prescription on November 1, rather than live with her terminal brain cancer until its d ...
Read More » 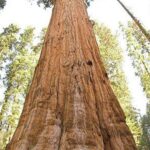 Those who organized the Revised Common Lectionary think they’re so clever. As so many churches make a push for members to begin or increase their giving, they throw in readings like this one from Matthew about paying taxes:“The Pha ...
Read More »

Confession: I am sometimes more hesitant to “come out” as a priest than as a gay man; I get more strange looks when I wear my collar than when I hold hands with my husband, Antonio. Everyone wants a gay fri ...
Read More »

I was reading the New York Times Sunday book review section when I read these sentences (attributed to Sheila Heti, editor of a book being reviewed): There's something to be said for the person who does not discern. Something to ...
Read More »

“You speak to us, and we will listen; but do not let God speak to us, or we will die.”Are God and Moses in cahoots, subjecting the Israelites to a good cop/bad cop routine? It certainly seems that way ...
Read More »

Gladness and Singleness of Heart

Most weeks, we end our Sunday morning services at St. James's with this prayer:Eternal God, heavenly Father,you have graciously accepted us as living membersof your Son our Savior Jesus Christ,and you have fed us with spiritual food ...
Read More »

Recently a video emerged of Victoria Osteen, co-pastor with her husband Joel of Lakewood Church in Houston, Texas. In the clip, with great enthusiasm, she says,“I just want to encourage everyone of us to realize when we obey God, w ...
Read More »

I have a little confession to make. Back in August, when our St. James's staff posted a video of themselves undertaking the ALS Ice Bucket Challenge, I was not one of those parishioners who responded with grateful enthusiasm. I responded, ...
Read More »