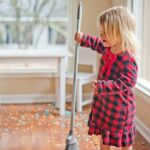 Big Gifts of a Small Life: Meeting God in Sticky Floors, Carpools & the Needy People I Call My Own

"Small chaos"—that's the phrase I chose to describe my life with small children in my book No Easy Choice. They were the best words I could come up with to describe a life that was thrilling, boring, too full, n ...
Read More » 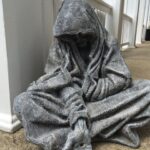 Who Are "the Least of These"?

One of my favorite scriptures—I suspect it’s a favorite for many of you as well—is Matthew 25: 31­–46:When the Son of Man comes in his glory, and all the angels with him, then he will sit on the throne o ...
Read More » 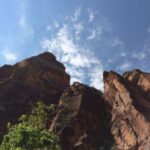 It was 20 years ago, but I still remember exactly how the preacher at my little coffeehouse church in Washington, D.C., pronounced the word at the heart of her message—“detachment.” She put such emphasis on the “ch” and the final “t” ...
Read More »

A Memorial to the Church

As Episcopalians from all over gather for the 78th General Convention in Salt Lake City next week, join us in praying for the work they have to do. Bob and Curtis have signed onto a memorial, or written statement to ...
Read More »

Why I'm Still a Christian

Last month, the latest Pew Research Center survey on American religion confirmed that our nation is becoming less and less religious. From 2007 to 2014, the percentage of Americans calling themselves Christian dropped from 78.4 percent to 70.6 percent, while the percentage of people ...
Read More »

Why did Jesus, Moses, the Buddha, and Mohammed cross the road?In his book of the same name, Brian McLaren asks how Christians can fully embrace their unique identity and beliefs while affirming beliefs of Jews, Buddhists, Muslims, and people ...
Read More »

Keeping Up With Bob

Our rector, Bob, left for his Andean adventure on Monday. Since then, he has updated his blog several times. Check out his photos and hear about his experiences thus far. Also, pray for him as he begins the physically challenging ...
Read More »

A Church for Misfits

We Dollars are a family of nerds.I don’t write that as confession, but simple statement of fact. I don't really consider "nerd" an insult, and have noticed increasing instances of the label being used either as mere description o ...
Read More »

How you can stand with Baltimore

This originally appeared on OnFaith.Facebook, Twitter, Tumblr…they're all inundated with posts on #BaltimoreUprising—some defending the police, others the protesters, and others questioning if what happened to Freddie Gray would have happened to them. Through the deluge of pos ...
Read More »

This Sunday at St. James’s is Confirmation Sunday. Bishop Ian Douglas will be here to meet with our nine confirmands as they prepare to make mature affirmations of their Baptismal vows.For the past eight months, these teenagers have p ...
Read More »