Do me a favor; read the biblical text (linked above). Think about it as you read, pause when you’re finished, and then continue below. 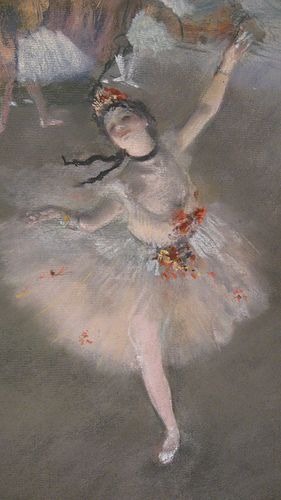 Are you as confused as I was around verses 11, 12, and 13? Spiritual what? Understand whom? Maybe Paul should have stopped to think about the structure of his argument before committing an act of written diarrhea.

What is the basic gist of Paul’s message here? He seems to be making a logical argument against using logical arguments to better understand the mystery of God, which seems counterintuitive. He says that he came to them knowing nothing but Jesus Christ crucified. He did not come to make himself look wise—only to demonstrate his faith and pass it on to them as a contagion.

Then Paul criticizes those who speak wisdom, which I guess means one speaking with the implication that one’s words are wise, which ironically is foolishness compared to the wisdom of God, Paul emphasizes.

One author whom I have found to have the ability to shift the discussion to a different playing field where everyone can play is Robert Farrar Capon. I most recently read his book Hunting the Divine Fox while on vacation (I don’t know what it is to “read for pleasure”). But actually, Capon’s books are pleasurable. He has a way of using ordinary objects to illustrate what might really be going on in this world.

I would like to now urge you to pick up Hunting the Divine Fox and especially read the portion at the beginning of the book when he discusses the mystery of God, divine revelation, and the complexity of belief in something beyond our five senses using the example of an oyster’s conception of a ballerina.

To get you started, here is a portion of the book. Click on the links above to purchase a copy for yourself.

A Fable Once upon a time, in the mud at the bottom of a tidal pool, there lived an oyster. By oyster’s standards, he had a good life: the sea water was clean, and full of plankton, and the green warmth of the light at low tide made him grow and prosper. Next to him lived a stone with whom he sometimes talked. It was very much the same size, shape and color as he, and was good, if undemanding, company. As a matter of fact, their conversations gave the oyster a definite feeling of superiority. He loved to dwell at length on the differences that underlay their apparent similarity. Rocks, he would say, are merely mineral. Oysters may be mineral on the outside; but inside, they are bona fide members of the animal kingdom. One day, however the stone surprised him by coming up with a rejoinder. It pointed out that there were nonetheless some advantages to being further down the evolutionary scale. Rocks have fewer enemies than oysters. Starfish and oyster drills, it observed, were no threat to stones; to the oyster they were a matter of life and death. Furthermore, the stone told him, it was getting just a little tired of being put down by an oyster with airs. He might get a lesson in humility if he would listen to some of the things the starfish say about oysters- things which the oyster never heard because he was too busy being mortally afraid, but which the stone heard regularly, and with amusement. Starfish, it seems, have a very low opinion of oysters. They eat them, but they always refer to them as ‘nothing more than a rock with a stomach.’ In fact, what passes as starfish humor…invariably has to do with how stupid it is to be an animal and not be able to move about. The worst thing one starfish can call another is ‘sessile creature.’ The oyster terminated the discussion huffily and went into a state of profound depression. To have everything he had been so proud of become the butt of underwater ethnic wisecracks made life not worth living. Existence, he concluded, was nothing but a cruel joke. All the faith he once had in a grand design of the evolutionary scheme forsook him. Better to believe in nothing than dignify this farce of a world with its pretensions of order. He became an anti-evolutionist, and stopped saying his prayers. For a while, righteous indignation made the loosing of his religion rather fun, as it always does; but as summer wore on into fall and the water began its slow progress to winter’s cold, he became merely sour- angry at the universe, but even more angry at himself for having let it turn him into a grouch. Finally, in desperation, he decided he would pray once again; but this time with a difference. No more mumbling of set pieties. He saw himself as a Job among oysters; he would open his shell and curse his day. And the oyster spoke and said, “Let the day perish wherein I was spawned, and the night in which it was said, A seed oyster has appeared. Why is light given to him that is in misery, and life to the bitter in soul? Why do I live my days in doubt and darkness? O, that one would hear me, and tell me openly of the glories above. Behold, my desire is, that the Almighty would answer me.” And, to his utter astonishment, a voice said, “All right, all right. But I have to make it short. It’s Friday afternoon. “It’s all true. There are things you never even dreamed of. All kinds of stuff. And with moves you couldn’t imagine if you tried. As a matter of fact, that’s your problem. There you sit with a rock on one side and a starfish on the other. My apologies. It’s a limited field of vision, I admit, but in the evolutionary scale business, you’ve got to put a lot of things near the bottom. Spoils the effect if you don’t. “Anyways, the moves. I’ll tell you a few. Basketball. College basketball, especially. The best ones are so flashy, they make you laugh for not being able to believe the guy actually made the shot. And squirrels gong through trees. One of my best effects. You know the last time a squirrel missed his footing? I keep track of such things. It was May 3rd 1438. Definitely, a record. “And it’s not all slapdash, either. I’ve got creatures so graceful, they almost break your heart. When it comes to exquisite moves, my favorite maybe is girls’ knees. Lovely. Some people think that’s a funny thing to get excited about, but in my line of work, there’s no substitute for enthusiasm. “Seriously. If you take the knee thing and really go all the way with it, you get my absolute favorite for loveliness, a prima ballerina. Talk about moves. It’s like Ernie DiGregorio, Marcel Marceau and Squirrel Nutkin all rolled together- but as a girl, which makes it that much better. Terrific. “Listen, though. Its almost sundown, and I have to set a good example. As I said, your basic problem is your point of view. There really are all these great moves, but you unfortunately don’t know from motion. If your going into business as the world’s first philosophical oyster, its o.k. by me. But just so you shouldn’t get it all wrong, I’ll give you one piece of advice: Think very carefully. Remember that all this stuff really is, but it can’t possibly be the way you think. Or, to turn it around: The way you think about things will never be exactly the same as the way they are. But enough. I really have to run. Mazel tov.”

I cannot publish any more of Capon’s book without delving into copyright infringement. His line of thought so far, so well articulated through the Oyster and God, should get you thinking about mystery, revelation, and faith—and in a much more interesting manner than Paul, I should think.