Home > Blog > Journeying out of the Closet 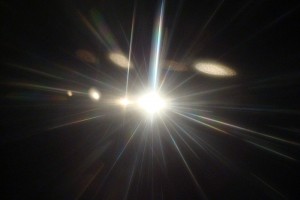 Confession: I am sometimes more hesitant to “come out” as a priest than as a gay man; I get more strange looks when I wear my collar than when I hold hands with my husband, Antonio.

Everyone wants a gay friend, but only crazy people want a friend who is a priest. The one time I lied about my vocation was when I told someone that I worked for a non-profit. I’m not embarrassed to be a priest, nor do I think myself overly proud. It’s just that “I’m a priest” is so often a conversation stopper, unless of course the person to whom I’m talking decides to share how long it has been since s/he’s been to church.

October 11th is National Coming Out Day, which means that a handful of celebrities will tell the world of their previously secret sexual orientations. Many other people will do the same with their families and friends. Already-out LGBTQIA (lesbian, gay, bisexual, transgendered, queer/questioning, intersex, asexual/ally) individuals will retell stories of coming to terms with their sexual identities.

When one journeys out of the closet, the movement can be described as one from shame into acceptance and embrace. Pride parades are called such because shame is like a thick, foggy darkness, which can only be destroyed by bright, glittery light.

So what of my hesitation to come out as a priest? Am I alone? Do other priests/pastors ever question whether or not they should reveal the big conversation stopper? Is the reason some priests and other religious leaders choose to almost always dress in clerical garb so that there can be no hesitation before answering, “And what do you do?” Do some not wear the garb to stay incognito?

Furthermore, does this same hesitation exist for churchgoers? Do questions of faith and spirituality even come up in conversation when priests aren’t around?

In New England (where I live) and in the Pacific Northwest (where I’m from), there is a significant amount of “nones,” that is, people who are not affiliated with any “organized” religion (full disclosure, the town where I live and work is well-churched…even too much so). In these places it is perhaps more favorable to profess belief in the Flying Spaghetti Monster than in God. As a product of these areas of the country, perhaps my hesitation is related to those cultures. By coming out as a Christian, I risk damaging my reputation.

There is a conversation to be had here—one about what it means to believe that money, sex, and other gods are idols in comparison to the One Living God of Creation who daily unfolds a new kind of kingdom of reconciliation and love.

Coming out Christian can be unpopular because Christians so often weaponized their faith against…well…anyone with whom they disagree. So it can be hard for the majority of Christians to “come out.” Now don’t get me wrong; I am not implying that Christians are disproportionally persecuted in this country—if you want that narrative, go to Fox News. I simply mean to say that there exists an cultural hesitance to make a declaration of faith.

Yet I do believe that a grand coming-out is needed and has already begun. This coming out began as God’s Holy Spirit brooded over the waters at the beginning of creation, as it disturbed us through prophets calling us to a better way, as it stirred within us like the Christ child in Mary’s womb, as it empowered us to follow Jesus on a new path, and as it emboldened us at Pentecost and beyond to make God’s love real for the world.[1]

I see this coming out continuing as people of all kinds collaborate to put faith in action for the sake furthering marriage equality, occupying Wall Street, changing policies harmful to our planet, and seeking justice for those oppressed because of their race or socio-economic status.

I also see this coming out in perhaps a more radical way—a way that seems at first glance quite ordinary. I see corporate worship as a kind of coming out.

In the liturgy of the Eucharist, we assume a variety of roles (servers, priests/presbyters, baptized ones) and contribute to God’s vision of reconciliation for the world. Our worship is not merely practice for the real world; worship happens within the real world.

The real world looks a bit different during the liturgy, sure, but through our worship we attempt to modify our culture as well as our participation within it.

In liturgies like these, we come out as not just believers in hope but as full participants in the journey of God’s creation from darkness into light—from shame into acceptance and embrace, and from fear into joy.

Kittredge Cherry said that, “To be out is divine, to trust and not be afraid. Coming out is strength and a song to the world.”

Sing your song and fear nothing, for we are all coming out, into new life.