Independence Day Through a Gospel Lens

© 2012 ·tlc∙, Flickr | CC-BY | via WylioIndependence Day can be a tricky holiday for some of us. It is for me. As a Christian, my highest allegiance is to God revealed in the life, death, and resurrection of Jesus Christ. God loves—even ...
Read More »

The Danger of Mission Trips

[caption id="" align="alignright" width="336"] © 2007 openDemocracy, Flickr | CC-BY-SA | via Wylio[/caption] By The Rev'd Curtis Farr As we washed cars for the umpteenth time to raise money for our mission trip/pilgrimage to the Dominican Republic, a man pulled up ...
Read More »

I am out of the country, so I thought I would take this opportunity to highlight another preacher's work on Sunday's readings. The following is an introduction to the Rev. Canon Chuck Robertson's sermon, "Never Enough." Recent years have witnessed ...
Read More »

Kids Grow Up, and We Let Them

Our priests have made it safely to Santo Domingo in the Dominican Republic, with about 15 of our teenagers—including mine.I drove Leah to the church on Saturday morning, and waved as two vans full of kids and luggage pulled o ...
Read More » 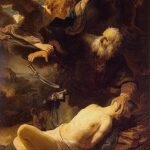 Proper 7 In Hebrew Scripture classes in seminary, we would occasionally take attendance responding with the Hebrew word for “here,” “הִנֵּֽנִי׃” or “hinene.” “Hinene” doesn’t exactly mean “here” in the same, casual way that we often use it. “Hinene” implies that not only am I physically present, b ...
Read More »

A God Who Wants to Be Noticed

I used to dread summer.Perhaps this is because I often had surgeries scheduled for the summertime, when I wouldn't have to miss school. I know it's because one of the more baffling traits associated with my bone disorder is ...
Read More »

Not Peace, but a Sword

Proper 7I’m going to use the summer months to pose questions and more brief reflections connecting to the lectionary. The immediate reason for this is that I have a lot on my plate with a wedding to drive to i ...
Read More »

Why We Pray & Study the Bible Together

As I often do, last week I tweaked the blog post I wrote for St. James's (about why I rarely set aside solitary, focused time to pray and read the Bible) and posted it on my Patheos blog. It became, ...
Read More »

Trinity Sunday AWhat does it mean to be made in God’s image?The concept of imago dei (“image of God” in Latin) comes from the beginning of Genesis in one of the creation stories. God makes people on the sixth ...
Read More »

Why I Don't Pray or Study the Bible (Much)

While I grew up in the Episcopal Church (right here at St. James's from about age 11), I didn't start thinking proactively about my Christian faith until I got involved with an evangelical fellowship in college. I learned a lot of ...
Read More »