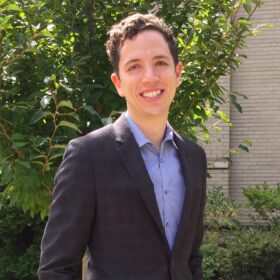 Mr. Vaughn Mauren was named Organist and Choirmaster at St. James’s in 2014, having previously served as Director of Music for Young at Arts and Associate Organist at Christ Church, Bronxville; Organist of the Episcopal Church at Yale; and Organist and Choirmaster of Berkeley Divinity School at Yale. At St. James’s, Vaughn is passionate and deeply committed to the vocal and musical training of youth, and dedicated to finding new ways for our choir and music program to broaden its role in the greater community.